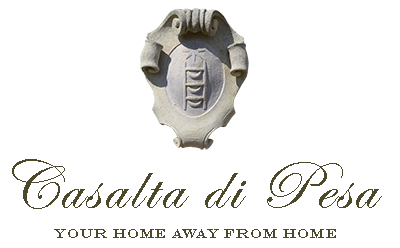 A walk in time
in Monteriggioni
Medieval

“This is the Medieval Festival
which in the whole world has no equal ”. 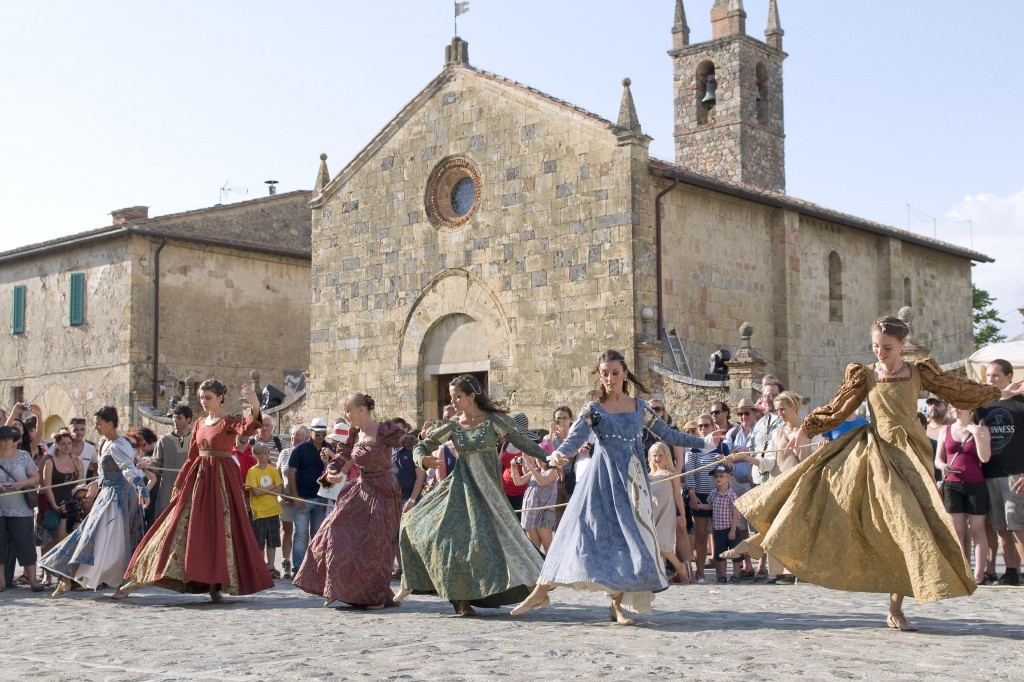 Tuscany is world famous for being the cradle of the Renaissance, but even the Middle Ages, more than in any other Italian region, left its traces here. The signs of the brave knights, the crude beggars, the mysterious alchemists have remained in the ancient pilgrim routes, in the stones of the Romanesque churches, in the intricate architecture of the villages or in the battlements of the walls of a castle like that of Monteriggioni.
Every year, during the month of July, the village also celebrated by Dante in the Divine Comedy, gives us a piece of the Middle Ages with a magical event, which attracts thousands of visitors from the Sienese and other valleys to this jewel rich in history and ancient memories. only.
Anyone who arrives in Monteriggioni in those days will believe for a moment that they have ended up like Benigni and Troisi in We just have to cry. The lucky patrons will in fact find themselves walking in the middle of the paths among artisans spinning tops, courteous rimators, saints and brigands, playing tug-of-war, alea, poison, duodecim scripta and other medieval games. They will be able to attend the amazing adventures of the storytellers while the children will have fun with the shows created specifically for them.
Monteriggioni offers itself to visitors as a large open and participatory theater, where life situations are recreated inside medieval castles and the atmosphere does not leave out any detail: among lords and castellans also acrobats, poets, improvisational artists, merchants, eaters of fire, falconers, snake charmers, up to the more “classic” duel between knights in the “Orlando Furioso” style.
Then remember that at the entrance it is necessary to change your currency with the large, small silver coin widespread in the area in the middle age. Once you have taken the coins you can buy in the traditional market set up along the streets of the castle, where each craftsman will show you how he makes his artifacts, accompanied by a narrator who will tell the story of each worker. You will find leather masks, terracotta, wooden games for children, but also reproductions of ancient weapons, heraldry and much more.
Not just entertainment, culture and crafts. In Monteriggioni the pleasures of taste are also enlivened, through a revisited medieval cuisine, but always linked to the territory. Refreshments are easy to find in the inns and counters where you can taste liqueurs and desserts made with ancient recipes, the most common porchetta sandwiches and wines from the nearby Chianti.
You will find the program and time of the whole party, but my advice is to let yourself be “transported”: walk through the doors, observe, let yourself be carried away by following your instinct, discovering distant traditions.
You cannot fail to visit the famous Weapons Museum, which will introduce you to an incredible world made of crossbows, siege engines, celebrations of knightly investiture. The rooms are full of reproductions of a period that is as fascinating as it is often unknown.
An unmissable appointment to relive the past of the fortress that protected the city of Siena from enemy attacks and to immerse yourself in the fascinating daily life of a medieval village unique in the world, from where you can admire the splendid surrounding countryside towards Chianti and Val d ‘ Elsa, and enjoy one of the most splendid views of authentic Tuscany.